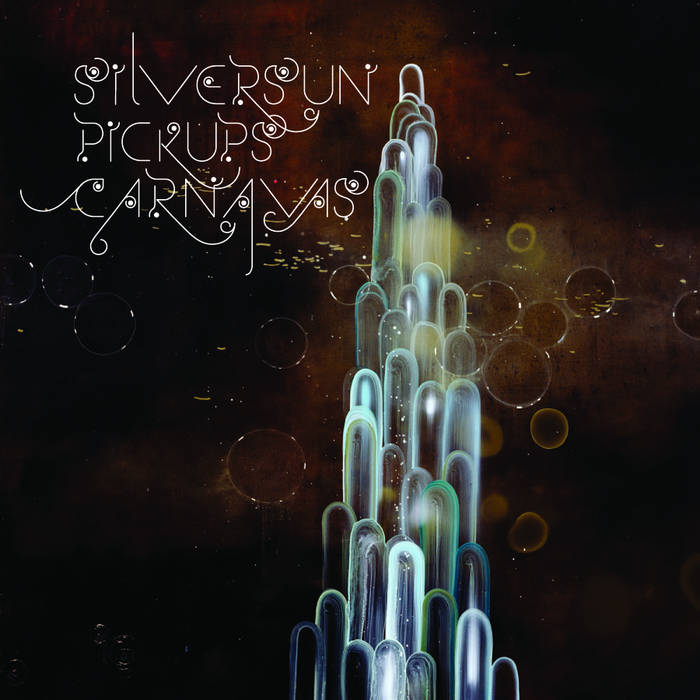 In the brutally cold world of Big Rock Biz, there’s something very comforting about just knowing that a band like L.A.’s Silversun Pickups exists. That feeling derives from the group’s searingly sumptuous music, sure, but it has a lot to do with knowing their rather humble origins and super-admirable raison d’être.

Silversun Pickups, you see, rather than being just another fiercely determined young band willing to claw and scrap their way to the top of the rock heap, genuinely appear to be far more like a gang of real, true friends who happened, quite fortuitously, to meet as a result of their mutual love of — shock horror! — music, and who seem to enjoy each other’s company as much as they like playing their own brand of ravishing rock noise.

And in fact, guitarist-singer Brian Aubert, bass player Nikki Monninger, drummer Christopher Guanlao and keyboardist Joe Lester are bona fide pals who’d played together or in mutual friends’ bands when they finally settled on a Silversun lineup and began playing shows at local clubs, which further broadened their innately formidable playing chops and established loving loyalties among a growing crop of seekers and sinners.
Silversun’s initial forays into live performance weren’t exactly stunning achievements in stage artistry, according to Aubert. “In the beginning, we were just trying to figure out what we wanted to do, didn’t even know if this was what we wanted to do. But we were playing clubs while we were learning – and I was learning to be a frontman all of a sudden.”

“But after a little while we started honing in on where things were going and what we liked and didn’t like,” says Aubert. “It was like trial by fire, playing on stage all the time. It was scary, but you learn fast that way.” Their initially haphazard performances didn’t phase their growing core of devotees, who seemed to easily grasp the inner grace of Aubert’s plaintively savage songs about the whys and wherefores of love lost and found, wrecked loyalties and fear of genetically inherited failure genes. These fans didn’t mind that the band’s otherwise wickedly pretty tunes’ delivery was a bit rough-edged, or that Aubert was initially painfully shy in front of a mike; it was obvious that Aubert and co’s. desire knew no bounds.
The band lived to play, and play they did, at numerous dates at many of the most important L.A. clubs, which found their stage sets growing more confidently not cocky but in greater command of their playing prowess. Aubert’s guitar was a rapidly developing feral beast of tight chipchop splendor and near-Hendrixian fuzzy howl in songs that seemed to reference the spare, driving cool of Neu while injecting a barely constrained glee – something like youthful romance, in the more tormented My Bloody Valentine way – into great walls of shredding white noise and a big throbbing rhythm section. The interplay of Aubert’s guitar with Lester’s spidery/splintery keyboards on songs like “Three Seed” made their combined effect resemble an enormous shiny machine being launched into the farthest reaches of the solar system.

Ex-Pine Marten keyboardist Lester was an important addition to the band, says Aubert, “because a) he was family — we didn’t want anybody we didn’t know, like take out an ad in L.A. Weekly: ‘Must not wear cowboy hats.’ Joe is like having a guy who’s not a keyboard keyboard player — not a scientist, but like an orchestrator. He does things that really trip out the guitar, like sample it and make sounds that you can’t really tell what it is.”

“Or we’ll use our voices with something from Joe, as just a sonic element,” says Monninger

Yet Silversun’s secret weapons are the achingly potent melodies of their songs, which poke their lovely, shy heads out and ultimately proclaim their power in rare shades of melancholic ardor. While so many bands oft-claim supreme melody as the underpinning of their noise, with the Pickups it can claim moral superiority: Silversun radiates palpably great melodies that – the real test – simply won’t leave you alone no matter how you try to shoo them away.

That melodic/toughness no doubt encouraged Dangerbird Records to sign Silversun Pickups for an EP, called Pikul (pronounced pie-kul), a six-song set crammed with polished versions of many live favorites such as the growlingly ethereal “Kissing Families” and “…All the Go Inbetweens.” These songs sealed in the love among Silversun Pickups’ L.A. fans and critics, and their subsequent mounting acclaim led the band to undertake an increasingly heavy touring schedule, which found them playing alongside Brendan Benson, Black Rebel Motorcycle Club, Dead Meadow and Two Gallants, and they returned home to record, Carnavas, their full-length debut for Dangerbird (July 25, 2006).

Produced by Dave Cooley (J Dilla, Rolling Blackouts), engineered by Tom Biller (Sean Lennon, Jon Brion) and mixed by Tony Hoffer (Beck, The Kooks, Belle and Sebastian), the album reveals the Pickups in a full flowering of their considerable melodic, textural and rhythmic gifts, with 11 dark/light songs about “Melatonin,” “Little Lover’s So Polite,” “Future Foe Scenarios” and “Well Thought Out Twinkles,” among other provocatively ambiguous themes. The album rages with a kind of mixed emotion well matched to those themes, a vibrating compound of feral cries amid tender harmony, resonating powerfully with heavily filtered guitar squawk, hovering keyboard clouds, and bass & drums that often seem to lurch their way into divinely propulsive beats.

For the new disc, Silversun Pickups got to play in the studio, which they’d never done before, and, at producer Cooley’s insistence, they got to take their time.

Says Aubert, “We wanted the EP and the record to be two different sort of things, and we knew that we didn’t want the same songs. Basically our live sound was so loud and big, and before we just sort of documented it — Pikul didn’t sound like us live; even though we essentially recorded it live.”

“We think of records and live shows being two different sorts of worlds,” he continues. “Ironically, in the studio, getting really specific about sounds — how they cut through — made us sound as big as it is onstage.”
Cooley proved an inspiring force for the band, sometimes if only to affirm their belief in doing things their own way.

Says Lester, “Sometimes he’d push and push, and sometimes suggest a bunch of different ideas, and all it did was steel our resolve. It was almost better that way, because it just reaffirmed what we know is the best way to do it.”

Aubert: “In pre-production meetings, we discussed the structure, for example, but he brought out ideas that were already clicking in our heads — we would change things that we didn’t like and had been too lazy to change, or just hadn’t thought about. Or completely battle him and realize, wow, we really do mean this. Having someone who’s antagonizing you and you have to defend your choice, when you didn’t have to defend it before, you realize you actually really believe in that.”

Says Guanlao, “Before that experience, we were very organic about how we got a song going and finished; we would never really think about it too much, we did it how it felt. And then Dave came in and we really had to focus on things, just a measure or a little beat or whatever.

Aubert: “He’s amazing, because he’d push you and push you, but he’d be the first to pull the plug. I remember I’d been singing for days and days, trying to get a track right, and he’d say, ‘No, man, just stop. You’re tired.’ And I’m like ‘No, man, let me drink some more whiskey!’ And he’d be ‘Nope.’ He’d just push the stop button and say ‘It’s not right, it’s not working, it’s too job-like.’”

Not just the songs but their performance and their very sound were all critical factors in the album’s production. Says Lester: “Two measures in on a take, Tom would be like, ‘Snare’s out of tune.’ Stop everything, and we’re like, ‘Really, you can even hear that?’ And then we could hear it. It changed the vibe, and it sounds like the bass and drums are almost one thing. That made it seem way more solid.”

The proof’s in the pudding, and now all you need to do is listen. And all Silversun Pickups need to do is figure out how to transfer the album’s splendorous riot of beauty onto the concert stage — and deal with the acclaim that’ll inevitably follow. But that shouldn’t prove difficult for these dedicated friends, who’re happy to have found each other and make, almost like frosting on the cake, magnificent music together.