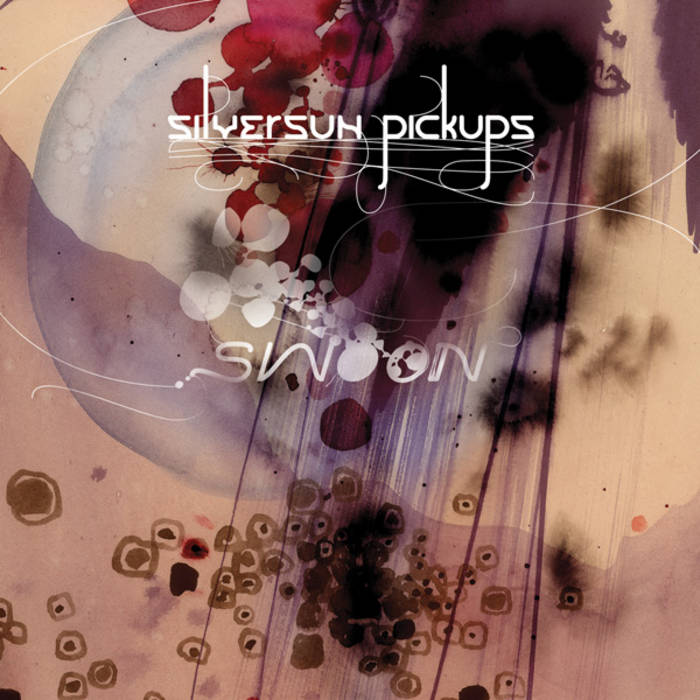 Carter Harvey Probably just one of my all time favorite records. First listened to it in a beat up van driving through the mountains of southern Bosnia traveling to Mostar from Banja Luca. Completely mesmerized, the whole experience is burned into my memory bank. Favorite track: The Royal We.

It’s no secret that Silversun Pickups score the soundtrack for the cacophony and quiet of the urban environment. Their songs curl like a sleeping dragon around the foothills, soar between the skyscrapers, and slouch in the shadows of forbidden offramps and skid row. The Silversun Pickups sound is a city itself and on the new album, Swoon, we tag along on a schizophrenic taxi ride to the dark side. After all, the City of Silversun is a landscape populated with contradictions: the clamor of traffic and the solace of the garden; fashionistas lined up at taco trucks after hours; moonlight bike rides and holdups at knifepoint.

But Silversun Pickups would be nothing without the community that fostered them. Or so says guitar conjurer and siren songster, Brian Aubert. Brought together as a group of neighborhood friends, SSPU evolved into a homegrown behemoth as their muddy guitar fuzz, and ear-bursters blew across the world on the titanic 2006 stargazing, rocking debut LP, Carnavas. But for Aubert, the life of the rocker was never out of reach. “I’ve always lived around bands, so it took away all the myth and romanticism of being in a band. You knew you could do it.”

This band came of age in Los Angeles’ multicultural, bohemian enclave, Silver Lake, where the members learned to overcome their fears through playing in the organic network of clubs and bars that birthed Beck and Elliott Smith.

“When we were starting out, we were too shy to turn up the volume. Now we’re not afraid to get loud,” Aubert says. “I used to be nervous to go to the mic, now I swallow it.”

As Carnavas snowballed into an avalanche of critical praise, landed them on the Billboard charts and gained recognition from nose-turning indie rockers and mainstream pop lovers alike, frontman Aubert slowly realized that Silversun Pickups’ musical landscape was changing too. “We were landing on charts in countries I’d never been too, like Chile and all over South America. Things were changing fast.”

“Change is coming soon” – ‘The Royal We,’ Swoon

After two-plus years of touring, the band returned home to a different place than they had left. “It was a dark time when we got back. We had to water the relationships that we had neglected over those two years, and I think this darkness came out on our new record,” Aubert says.

The sediment of experience accumulated for the band, and they were eager to spit it out. They went back into the studio to produce what would become their much-anticipated second album, Swoon. The success of Carnavas offered a blessing and a challenge. There’s the breathing room that comes with a successful record and the pressure to produce a follow-up. SSPU returned to the studio with familiar friends, producer Dave Cooley (J Dilla, Darker My Love), and mixer Tony Hoffer (Depeche Mode, The Kooks), who helped create Carnavas. For Swoon, the aperture of the band opened up and allowed for possibilities the band never imagined.

“We wanted to add strings to creep the album out a bit, so we just wanted to have a quartet that were friends of the neighborhood. That quartet then turned into a 16-piece orchestra, which blew our mind,” Aubert expresses.

Swoon is a thick, layered listen, burgeoning with rich strings and crunchy guitars. The warm noise frothing from what sounds like a thousand guitars nearly crushes the opening track, “There’s No Secrets This Year.” Aubert’s delicate, wafting voice ties the driving drums and blistering bass together in a tightly wound web that keeps the track from imploding. At the peak of noise the track does what the album proclaims: it swoons, falling backward into a free flowing Eno-esque soundscape. The album celebrates the intimacy and anonymity of getting lost in a sea of people or the swarm of the cityscape, Aubert says.

Like a community garden in Silversun City, Swoon creates spaces of introspection in the middle of chaos. For every grand concert hall built from a gentle string swell, like on “Catch and Release,” Swoon burns it down in a conflagration of noise, scorching with searing bass and growling guitar, as on “Panic Switch.” “We have a psychotic relationship with our songs – we can’t have it too clean. We have to fuck it up somehow,” Aubert declares.

“Sit back and breathe” – ‘It’s Nice to Know You Work Alone,’ Swoon
In every city and in every town, there is a place where artists and musicians cook up projects over front porch beers and where late night garage jams turn into bands. These bands’ origins aren’t too different than Silversun Pickups’. But Aubert recognizes that there’s something different about the community that fostered them. “The feet of the band are on the soil where they live,” Aubert says.

Silversun Pickups pull their sound from the soil of their backyard, which reconciles frenzy with solitude; sprawl and the structure; and innovation with collaboration. “It can be lonely here, because the city is so disconnected,” Aubert explains, “but here you can also escape the noise of the city into your own house, your own private place. But we’re all connected by community.”

And it is the community that holds Silversun Pickups in the palm of her hand.